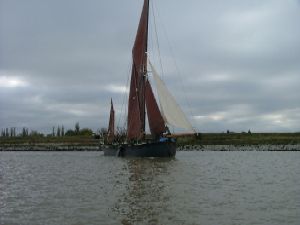 She was built in Roman time,
held together with bits of twine

Into the Humber and up to the Town
Pump you bastards, pump or drown